On Saturday we were excited as William was doing extremely well after the removal of the ventilator.  Due to his continued improvement Melanie decided that Dan would take Juliet to a birthday party in Chicago.

While at the birthday party, William developed a mucus plug.  His heart completely stopped for over a minute.  The physicians and nurses administered compressions and were able to bring William back.

Approximately twelve hours after the second event, he had a third episode.  This time his stats plummeted, but his heart did not stop.  He was re-intubated and remains on a ventilator.  Family friend Tom S. was present for the third event and was able to witness the continued stress brought on by this situation.

Three near death experiences have taken a toll on William's body and has shaken his entire family.  As of today he is stable.  He continued to struggle with increased secretions.

This morning he was found to have a low grade fever.  He is being watched continually for infections and respiratory issues.

The next couple of days will determine what lies ahead for our little guy.  If he does well they will try to extubate him by the end of the week.  After extubation if secretions are manageable, they will then try to use a bi-pap machine.

If he does not do well, he will get a tracheotomy and a permanent ventilator.

Our family, friends and co-workers have taken care of all of our obligations to allow us to stay at the hospital with William.  Words do not sufficiently express our gratitude.

Please keep William in your thoughts an prayers. 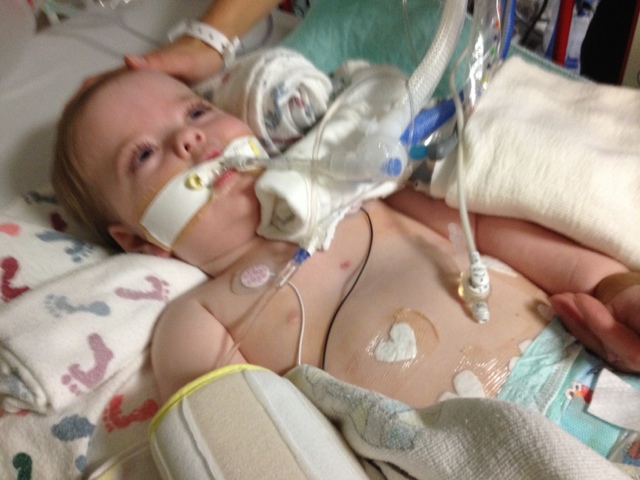