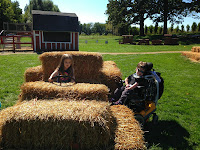 It has been awhile since I have updated our blog.  So I have put together a "Fall Fun - Photo Catch-Up"! 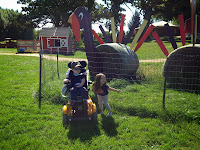 Thursday, September 26th was a beautiful fall day. William's speech therapist canceled due to a cold so we decided to head to Norton's Farm. The kids had a blast. First we grabbed one of their red rider wagons and took a lap through the barn to pick out pumpkins.
We even pick out a blue pumpkin!

Then we checked out the field, which was full of fall fun to explore. There was a corn maze, a tractor, turkeys and a tractor made out of hay bales and farm animals to feed.

It was a wonderful impromptu adventure! 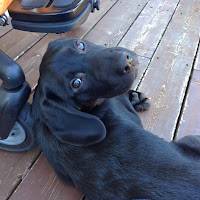 On Friday September 27th Dan picked up our new puppy at O'Hare! After several e-mails with the University of Washington regarding our new puppy's proposed flight schedule from Seattle to Chicago and various other details, the day had finally arrived.

In anticipation for our new puppy, his name was thoroughly discussed by the entire family. Ultimately he was named Buzz after Buzz Lightyear from Toy Story!

Buzz spent his first week shy and timid. Now he is a very busy puppy running around the house with Juliet. One of his favorite activities is running around the house with any toy or shoe he can grab. In fact, we just bought William's physical therapists a new pair of shoes.  If anyone knows how to break puppies of this habit I could use some advice. 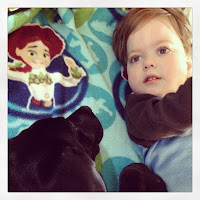 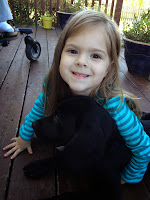 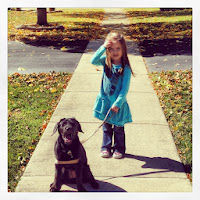 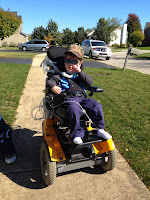 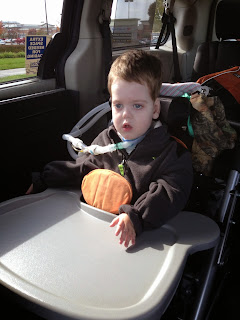 Currently William does not have a nurse on Mondays and Juliet has preschool. His night nurse agreed to stay late on Mondays to allow me to get Juliet to preschool, since William's mornings are busy with his breathing treatment (nebs, vest and cough assist). And William and I picked her up on our own! Juliet's preschool is awesome about bringing out kids to parents with babies and gladly agreed to bring Juliet to the van so I would not have to unload him at the school. It worked out perfectly, with no problems. It was fun to get out just me and my little man for a car ride to pick up his big sister!

At first I was nervous thinking about attempting this on my own. But after thinking about it for awhile, it occurred to me that of course I can do this.  I took care of William on my own for an entire year. Driving Juliet to and from school two days a week and taking William to appointments as far as the University of Chicago.  And yes, there were times I had to stop the car to suction him. So why not? I am far more equipped to handle an emergency now than I ever was that first year.

I am glad that I took this step. I think it will be good for Juliet, William and myself to feel this type of normalcy once a week.  Last year when William came home with his trach and vent and we adjusted to living with nurses, one of the question Juliet would always ask me is why William does not come with us to go to her school anymore. The first time she asked me this question, I fought back tears remembering our first year all together. Their car seats were beside each other and Juliet always insisted that she hold his hand the entire trip to preschool or home. 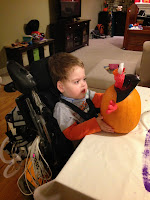 The kids were excited about Halloween this year. We carved/decorated pumpkins. Juliet and Dan made a pumpkin with happy face while William and I turned ours into an Elmo vampire.

Dan and I took the kids to the Halloween Store and Target earlier in the month, where Juliet picked out Bat Girl costume, we all pick out a Buzz Lightyear costume for William and a Hot Dog costume for Buzz (the dog). It was really William's first time shopping with us.  We had never taken William to run errands in order to try to protect him from colds. It sounds funny, but just going to the store turned out to be a fun little family outing 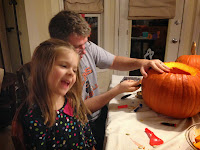 Unfortunately our first real cold of the season hit our entire house the
week of Halloween.  William required extra breathing treatments every four hours and antibiotics and Juliet joined him with an ear infection.

Halloween turned out to be a yucky, raining day. Luckily there was a break in the rain and Juliet and Dan were able to go out with one her friends for a little bit.  But William not feeling well stayed home with me. 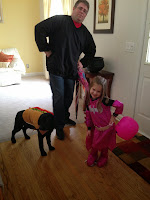 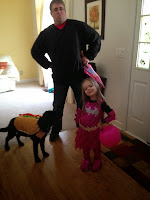 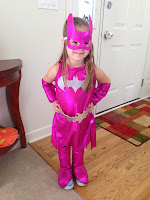 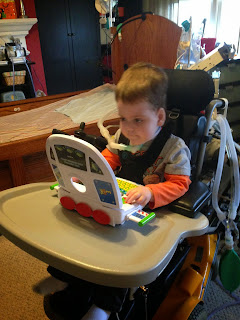 Since Juliet is allergic to peanuts we are visited every year by the Switch Witch.

If you have not heard of the Switch Witch she is a very nice witch who loves peanut candy. Every year we leave all of our peanut candy out for her on our deck. And every year she takes the candy and leave a toy for the kids.

This year the Switch Witch left Juliet the Little Mermaid Movie along with a new Arial doll and William a Toy Story Computer.

William loves his Toy Story Computer!! And Juliet has been watching her new movie and playing with her new doll. (Although Buzz ate one of Arial's shoes.)


Posted by Melanie Whiston at 6:42 PM